What is an emulsion?

An emulsion is a dispersion of two or more immiscible materials, where one phase, also known as the internal phase, is dispersed in the continuous or external phase 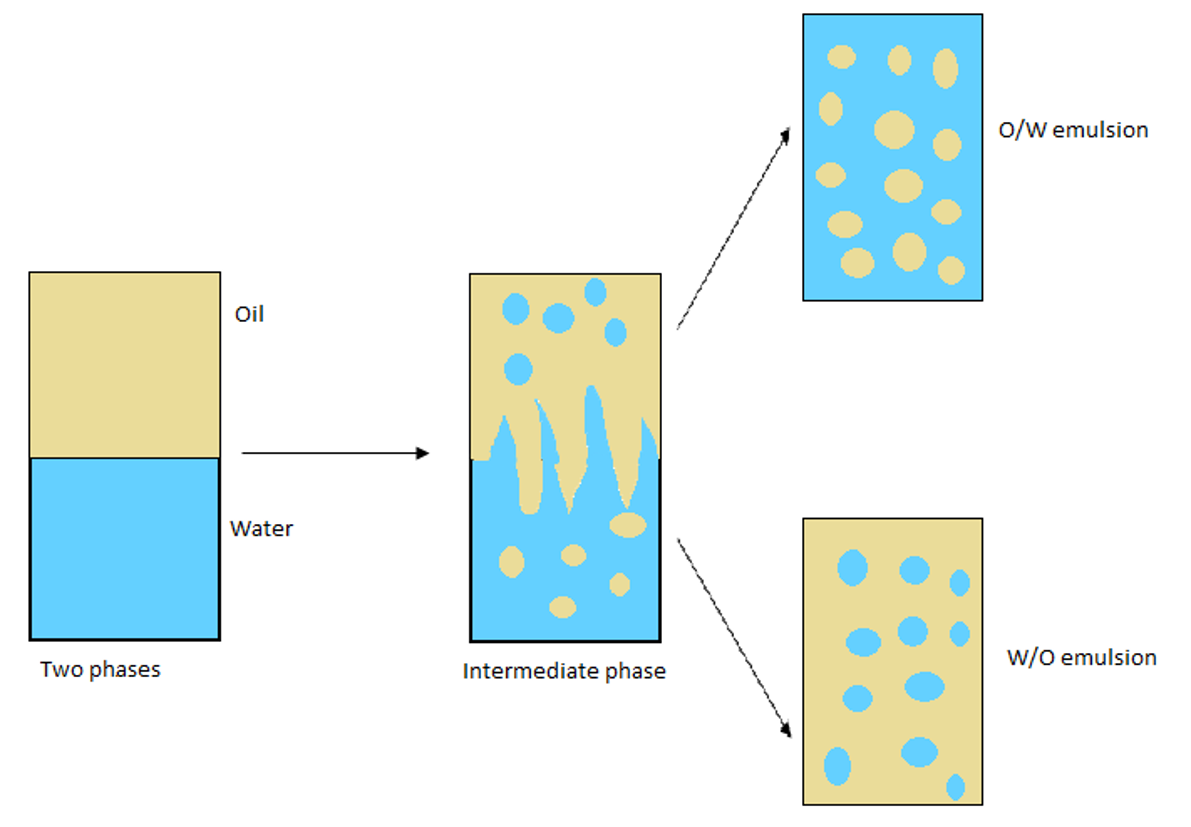 How to make an emulsion?

Emulsification consists of dispersing one fluid into another, no miscible ones, via creation of an interface.

Emulsification methods can be classified in 2 main categories:

a.- Mechanical methods: Energy to break droplet is mechanical

b.- Physico-Chemical methods: energy is coming from modification of chemical and physical parameters.

Emulsion is an out of equilibrium system: metastable 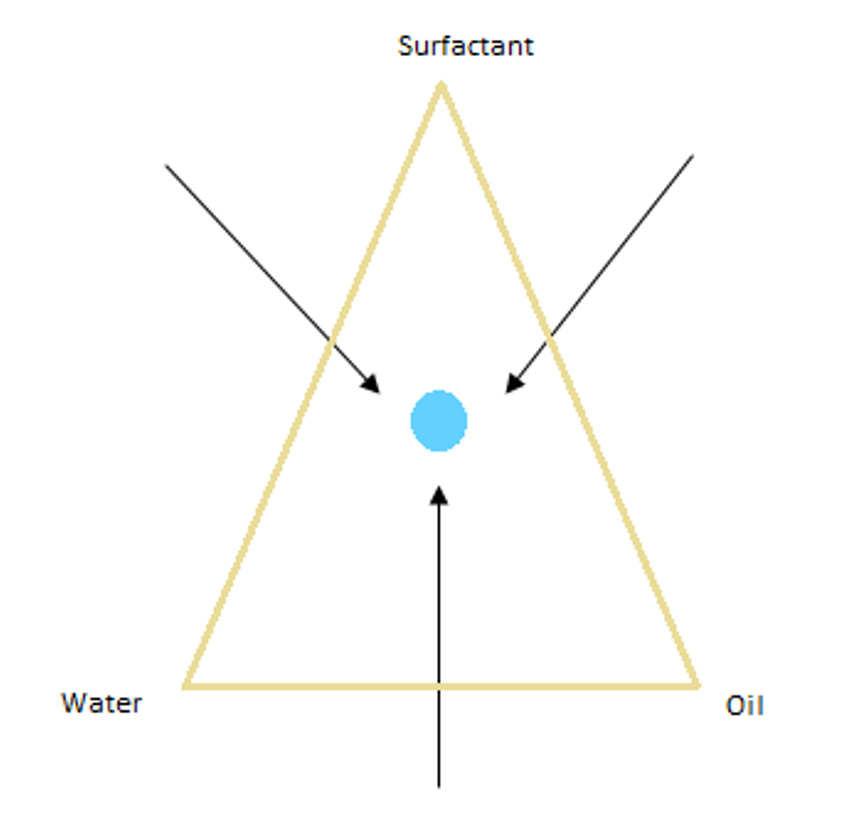 What is an emollient?

Emollients are ingredients found in the oil phase and they provide skin protection and prevent skin dryness.

General characteristics of a good emollient:

Esters are biocompatible ingredients that increase the static skin water level when applied and help to restore the natural hydrophobic barrier.

Functions as a cosmetic ingredient: 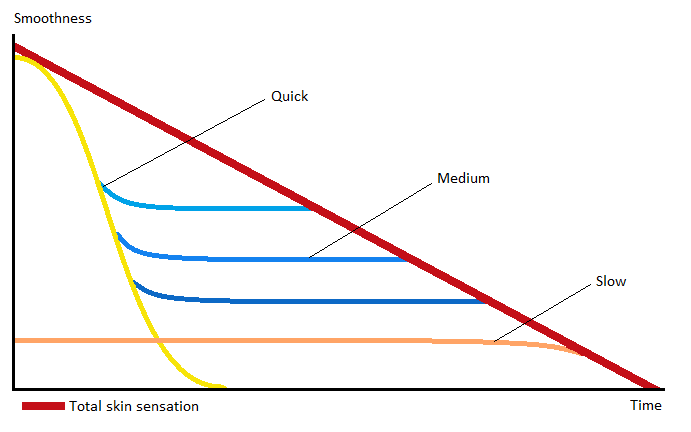 Combination of emollients depending on their spreadability: High, medium and low.

Emollients according to their polarity

Used level is dependent on formulation type: 1 to 30%.

What is an emulsifier?

Emulsifiers are compounds able to stabilize the dispersed droplets in the continuous phase. Emulsifiers are molecules consisting of waterloving (hydrophilic) part and water-hating but oilloving (lipophilic) part. With their lipophilic part emulsifiers wrap around and incorporate oil drops thereby preventing them from reunite again to form a separate oily phase. In this way, the oil particles are shielded from each other resulting in a stable emulsion. 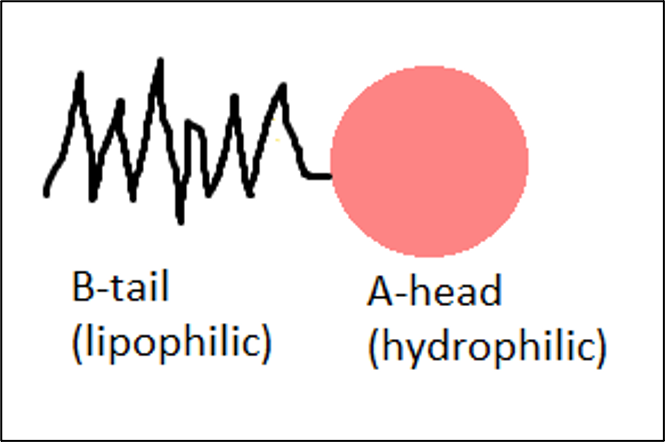 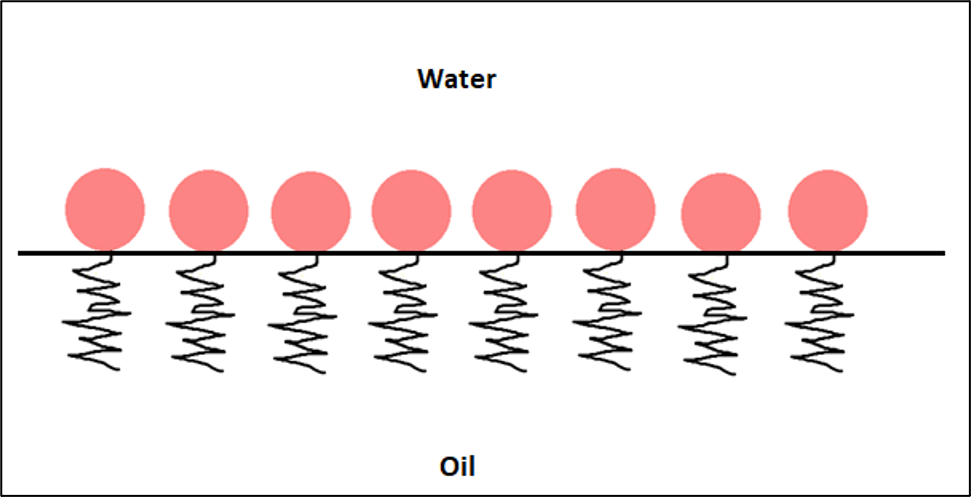 Characteristics of a suitable emulsifier:

The functions of surface-active agents to provide stability to dispersed droplets are as following:

Combination of surface-active agent is used most frequently. The combination should form film that closely packed and condensed.

Anionic O/W emulsifiers can be used to obtain very stable emulsions because they can build an electrical double layer around the droplets, which prevents the droplets from coalescing. They carry a net negative charge in solution and because of that they are sensitive to low pH and electrolytes.

The most important anionic O/W emulsifier is soap, which forms the stearate creams. Neutralized with potassium hydroxide, the stearate is alkaline. The use of triethanolamine as a neutralizing agent is more common. A disadvantage of stearic acid is the typical “soap-up” effect, a type of foaming that occurs when the cream is rubbed into the skin. To prevent this, silicon oil is frequently added to the formulation.

In principle, all anionic surfactants can be used. However, due to the fact that the soaps are relatively alkaline and fatty alcohol sulfates are irritant to the skin.

Cationic emulsifiers have generally been avoided in skin-care products because they are often more irritant compared with anionic emulsifiers. They are important in hair-care formulations, where they act as conditioners and anti-static agents. These are commonly called quaternium ammonium compounds.
Cationic emulsifiers function very well in formulations that are desired to stay on the skin for a long time such as sunscreens, long-wear make-up and barrier creams. This is because they are positive, cationic charge adheres these products strongly to the surface of the skin, resisting wash-off and wear.

A practical example of where cationic emulsifiers has proved very helpful, is in preventing sand from sticking to a freshly-sun-screened body. Thanks to its anti-static capacity.

It is important to note that, in using a cationic emulsifier system the formulator does not rule out the use of pretty much all grades of carbomer, and even anionic thickening agents such as xanthan and unmodified guar.

Non-ionics remain the first choice go-to emulsifiers for most applications due to their flexibility and low potential for chemical interaction. Non- ionic emulsifiers are those that are free from any external electrical charge caused by free ions. Examples of these are:

These are familiarly known as Tweens, a common trade name.
A wealth of non-ionic O/W emulsifiers is available. These are mainly PEG derivatives such as ethoxylates or PEG esters. Typical O/W emulsifiers are:

The degree of ethoxylation determines the primary properties of that part of the molecule that results in the HLB classification. Good W/O emulsifiers can be found in the HLB range between 8 and 18. Contrary to anionic emulsifiers, the non-ionics are unaffected b changes in pH and, in the case of pure ethers, they can also be used at extreme pH values.

The key benefit of a non-ionic emulsifier is its robust salt tolerance.

An emulsion is a combination of two immiscible phases held together by what to many looks and feels like magic.

The surface tension between oil and water is so high that they do not mix unless you add an emulsifier.
Glycerin, Propylene Glycol and Ethanol are common additives in a cosmetics product and can all impact on surface tension. All these ingredients decrease the polarity of the water phase, and the influence of that decrease changes depending on the quantity of additive present, although the relationship between dose and effect is not strictly linear.

Impact of Ions in Water phase:

We often talk about salt and saltiness in formulating, but what we really talk about much of the time is the ionic strength of continuous phase.
Ionic charge in the water phase can help increase intramolecular bonding and can also help in the formation of an electric double layer around the dispersed phase.

Adding too many ions into the continuous phase will give the product a sticky/tacky /salty feel when applied.

Water in Oil emulsion (W/O)

Water-in-oil emulsifiers help in producing water-in-oil (W/O) emulsions. In W/O emulsions, water droplets are dispersed in oil.

Other type of emulsion

Emulsion stabilized with particles rather than surfactant.

What is not an emulsion? 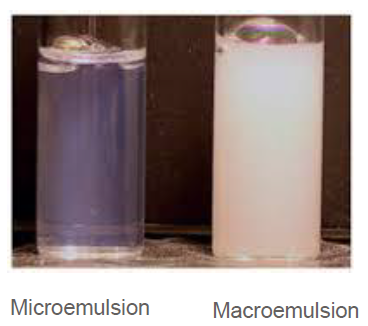 They are made of oil/water/surfactant but are at equilibrium. The structure is independent from path taken to make it and are STABLE.

* They usually contain a large amount of surfactant.

What the factors that affect the
choice of emulsion type?

The choice of emulsion depends on:

How to distinguish
W/O from O/W emulsion? 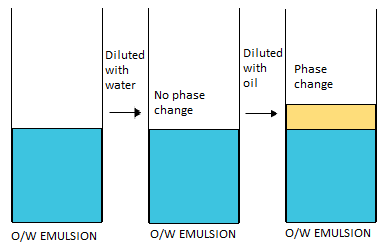 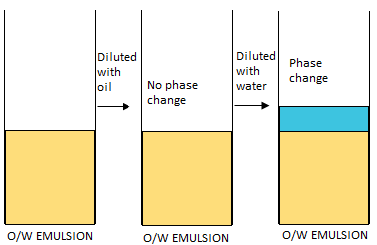 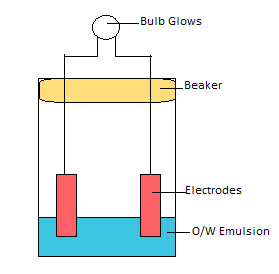 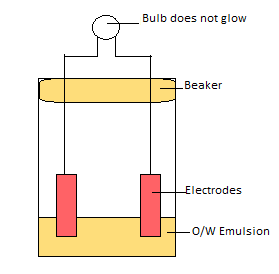 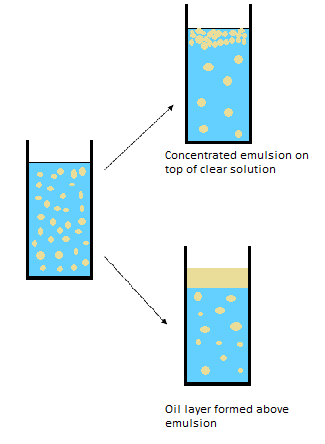 Mechanisms behind these observations are:

Creaming is very common phenomena for emulsion, and it is due to the motion of emulsion droplets under effect of gravity.

Can be avoided by:

Flocculation is due to the aggregation of droplets when they come to contact with each other.

Flocculation results in modification of rheology, gasification or creaming and it may have different origins:

A. Van der Walls attraction when repulsion forces are lost:

* This type of flocculation may be avoided by controlling Ionic Strength and compatibility of surfactant with additives present in continuous phase.

B. Bridging of droplets by polymer:

* To avoid it, nature of interaction between polymer and surfactant has to be modified.

Depletion induced flocculation occurs for mixture of small and large particles such as micelles and oil droplets.

* This may be avoided by removing surfactant excess.

Coalescence results from merge of droplets. This reduces the total surface resulting in an increase of droplets size. If the process continues an oil layer forms at the surface of the sample.

Coalescence process can be summarized in three steps:

a.- Approach: droplets come to contact. This step is determined by droplet interaction.

b.- Hole opening: an oil bridge is established between the two drops.

d.- Hole opening: this step needs re location of surfactant which can happen by compression of interface layer or dispersion in internal phase or continuous phase.

Can be avoided by:

Driver for this phenomena is Laplace pressure which is inversely proportional to droplets diameter. 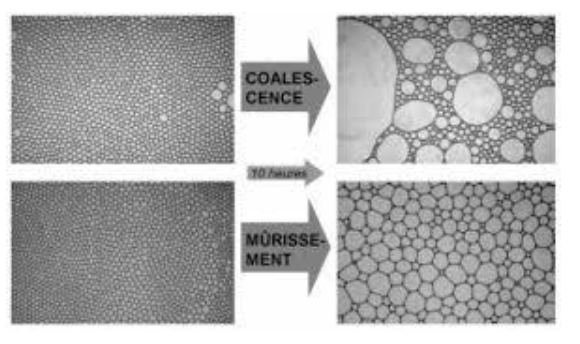 The phase in which surfactant preferentially dissolves becomes the continuous phase during emulsification.
This rule results from an empirical observation but it is often verified. 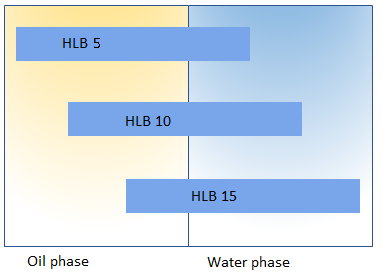 HLB of a mixture of surfactants is the weighted average of HLB of each surfactant of the blend.

The emulsion stability, generally, is achieved with a combination of two emulsifiers:

Required HLB for your System

R-HLB is determined experimentally for each System: 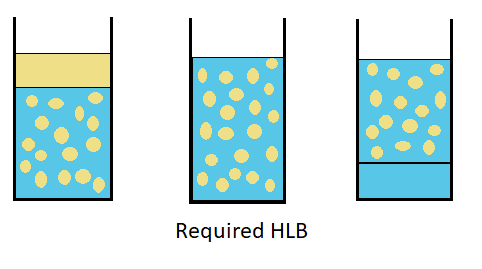 Emulsion for R-HLB identification can be made in a beaker by simple agitation or using the method that will be used for emulsion fabrication.

Most common methods to characterize emulsions are:

Optical microscopy:
It is used to observe droplet aspect and size, polydispersity and flocculation.

Storage stability at RT, 45°C and 4°C
- Most classical stability tests for any dispersion.